To Celebrate Oreo's 100th Birthday, we created a multi-faceted, award-winning birthday party that was truly unprecedented in Canada.

Oreo has been delighting kids and adults alike for over one hundred years. To celebrate this milestone, Strategic Objectives, Canada's top PR Agency, staged a massive birthday event at Toronto's Eaton Centre. Highlights included a largest-ever 16’ Oreo cookie, jaw-dropping birthday cakes created by Canadian artist-bakers, community celebrations, recognition from dignitaries across the country and even a cookie photo session with the Prime Minister of Canada. This party was truly unforgettable and made front-page news. The campaign was a slam twist, lick & dunk! 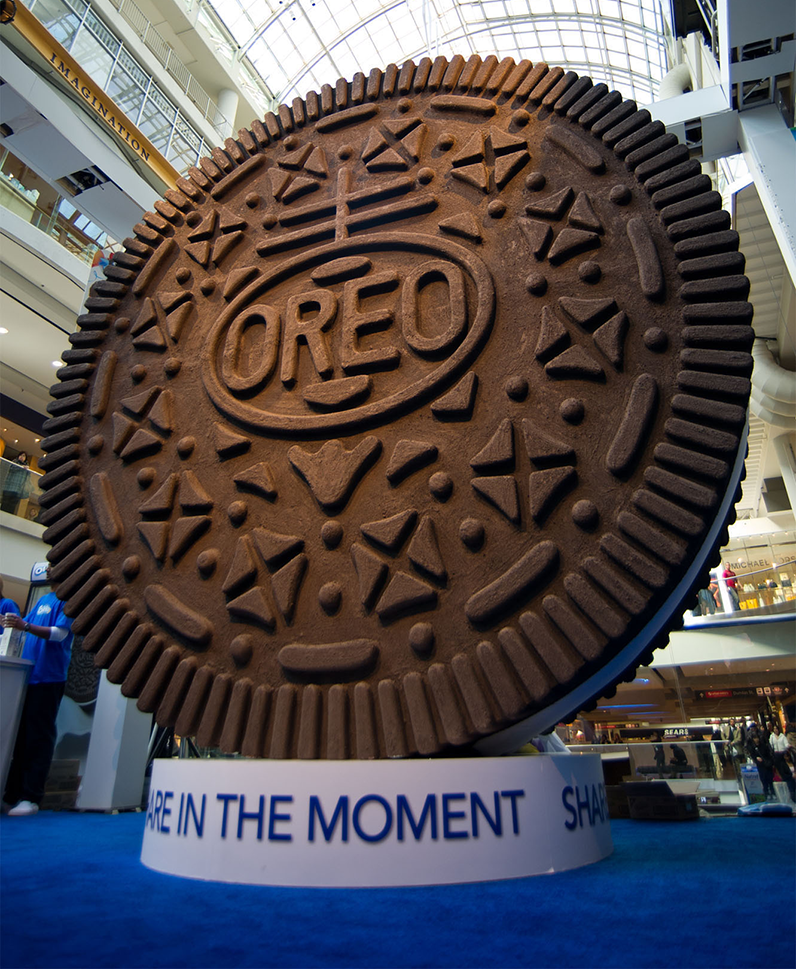 The challenge was simple: achieve mass awareness of Oreo's 100th birthday to reinforce brand equity. We also focused on building awareness and sales of Birthday Cake Oreo Cookie, a limited-edition flavour introduced for the special occasion.

A Massive Party with Massive Impact

The party, hosted by Canadian celebrity, Colin Mochrie, featured the unveiling of a gift-wrapped 16' giant Oreo, as well as a performance by Juno-nominated entertainer, Jully Black. More than 15,000 attended the party and thousands had their picture taken with the Giant Oreo.

Bakers created spectacular 100th Oreo birthday cakes to appear on TV and at public appearances. The bakers also made celebratory Oreo recipes which were promoted through regional media tours.

We created “A National Day of Sharing” (because that is what you do with Oreo cookies).​ The unique community initiative connected with consumers and dignitaries across Canada. Oreo received more than 30 congratulatory messages and birthday greetings with Mayors, Premiers and VIPs, and there was even a branded Photo Opp with the Prime Minister.

We sent branded kits to media and bloggers​ that were wrapped as birthday presents and included archival video/photography and original Oreo recipes. Since Oreo cookies for Canada are made in Montreal, we opened the Montreal bakery to a select group of journalists and bloggers for a once-in-a-century opportunity to witness the making of Oreo cookies.

The birthday of a cookie in Canada has never received so much fanfare: