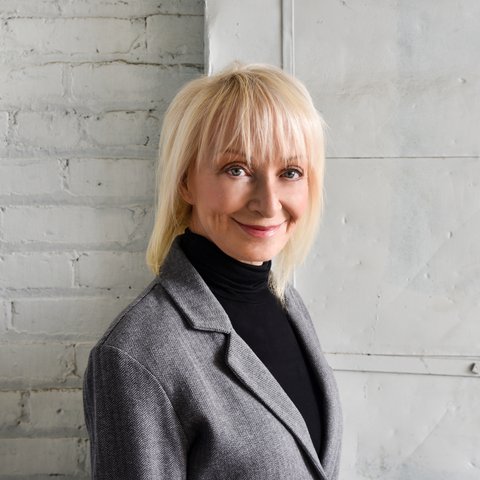 Quote of the Day

"Be original! Perch on the leading edge."

What She Brings to the Team

With that mantra in mind, Deborah takes on each day with dynamic curiosity and energy towards every project. She is a hands-on mentor, guiding the team in conceiving out-of-the-box marketing and Social PR strategies for a variety of national and international brands. While she's boundlessly creative, she also believes full-heartedly that an idea isn't good until it's proven to be effective.

With an eye for what's relevant and cutting-edge, Deborah is methodical about understanding what trends are worth investing in and what is simply a flash in the pan. Her social media savviness has led her to a large Twitter following and features on countless Top Social Media Influencer lists. She's also obsessed with creating and refining key messages that resonate with her clients' unique audience segments.

Deborah is a recipient of numerous international honours and accolades including the Queen’s Diamond and Golden Jubilee Medals for Outstanding Service to Canada and its Communications Industry, and the United Nations Grand Award for Outstanding Achievement in Public Relations.

Deborah was raised in Montreal, where she completed a B.A. at McGill University. After the head of the political science department suggested her insightful writing style would lend itself perfectly to journalism, she went on to study for her Masters of Communications before kicking off what would become a vibrant career.

At only twenty four, she was producing the North American Transmission for Radio Canada International, with a viewership of over 11 million people. As she moved up the ranks at various news outlets, she honed her skills at TV reporting and network production.

Deborah's career path soon intertwined with Judy's as they both produced Canada's first-ever reality TV show, "Thrill of a Lifetime." The wildly successful show made the dreams of Canadians come true with celebrity guests and corporate sponsorship.

After the show's completion, Deborah and Judy realized they had developed the ideal recipe for amazing public relations: they knew how to engage with celebrities and brands, and they intimately understood the world of journalism and what it took to create a newsworthy story. After several successful freelance projects, Strategic Objectives was born.

How She Spends Her Weekends

Deborah is passionate about travel, spending her vacations adventuring to remote archaeological sites. She's especially fascinated with Asia, where the art, culture, food, and landscapes are vastly different than her everyday. These expeditions open her mind to new ideas and energize her work back home.

An industry thought-leader, Deborah finds immense joy in sharing her professional insights and key learnings on social media and at speaking engagements and conferences around the world. She regularly advises budding socialites to join her Social 4H Club: Be Human, Be Honest, Be Helpful, Be Humble.

Deborah is committed to giving back to the community and sits on the Advisory Board for the new George Brown Centre for Arts, Design and Information Technology situated on the Toronto waterfront.